So I wrote this post on Tuesday18th  all ready to post today thinking nothing would change, then it did…. I’ll add on the last 2 days update below…

The dates of comparison are strictly arbitrary –

It’s funny (I’ve accepted the loss) how i remember adding up the various values in April… adding them into Blockfolio on my phone and thinking ‘WTF’!’ and I think I even literally rubbed my hands together a few times.

a COMPARISON OF Crypto VALUES APRIL TO DECEMBER 2018

These are most of the coins I’ve currently got and their current values compared to 2018 values with the percent decline….. NB steem doesn’t do too badly compared to other alt coins! 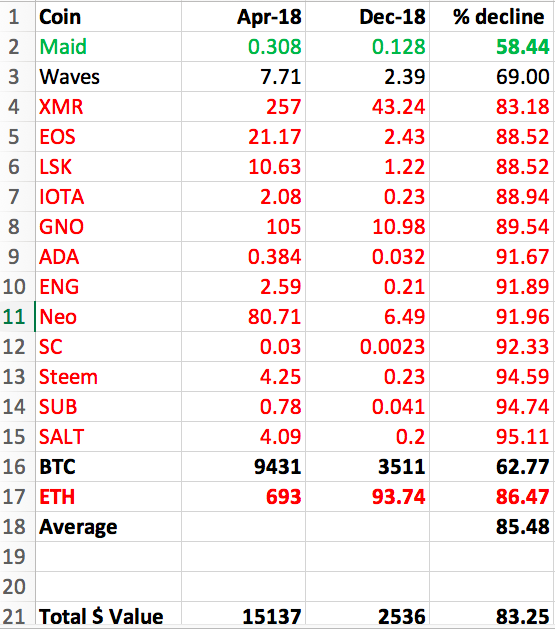 What I see is a pretty depressing tale….

The April summary is here…. 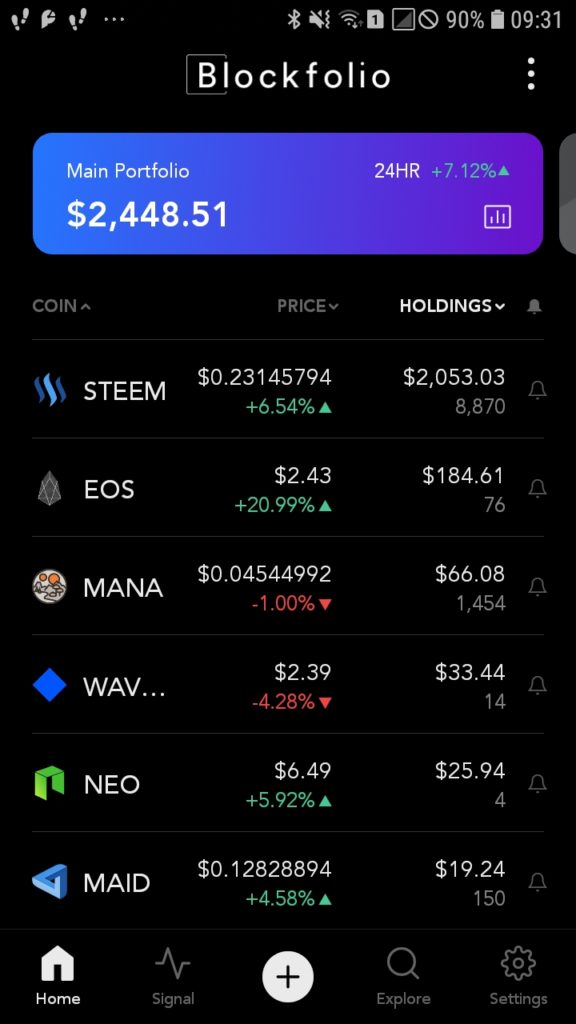 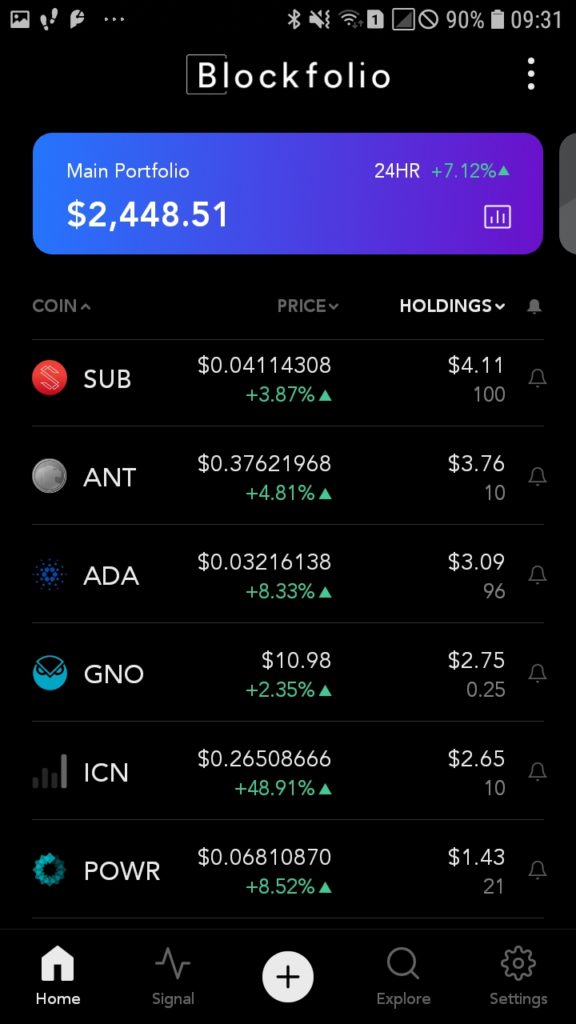 There are a few other coins I’ve just remembered i need to add in but nothing significant. And anyway, probably the less said about Verge, Crypterium and especially Crypto Kitties the better! 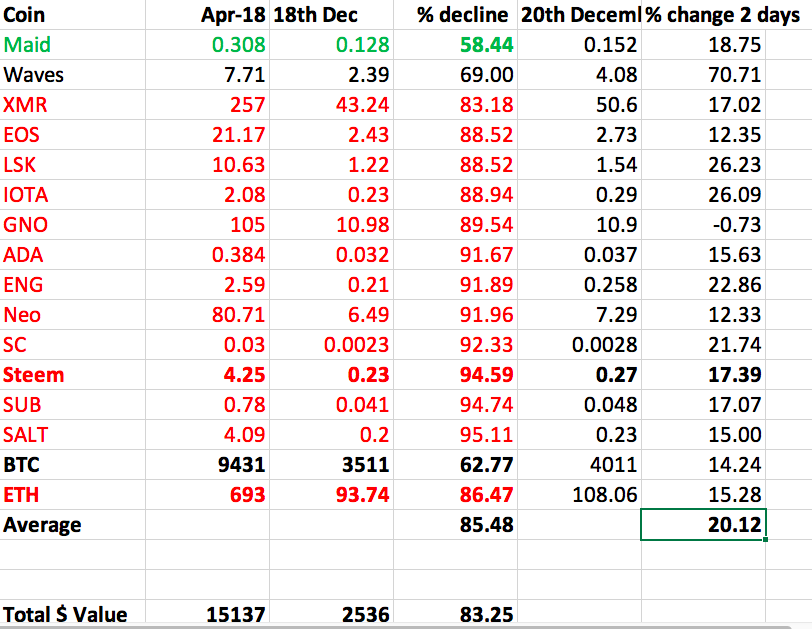 NB – Don’t go getting carried away about steem’s increase, it’s mid-table obscurity compared to the other alt coins.

So now the alt coins are outperforming BTC again!?!

Originally I said Thank God I never remortgaged the house like some people did! I still think that!