14 year old Molly Russel recently committed suicide: after she took her own life her parents discovered that she’d had depression, but rather than burden them with her mental health issue, she instead went online to explore her feelings on sites such as Pinterest and Instagram. 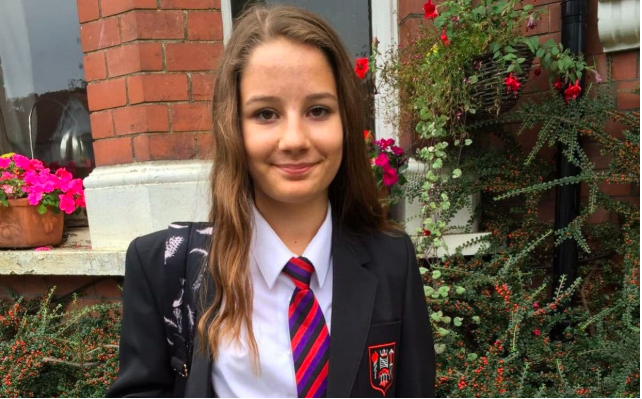 It was there that she was bombarded with content which glorified self-harm and ultimately drove her to kill herself, at least that’s what her father thinks.

Writing in the Daily Telegraph, Judith Woods says that she found it very easy to find a range of ‘stomach churning’ images of people cutting themselves, along with comments such as ‘Suicidal people are just angels who want to go home’.

Intuitively it feels like this kind of content could encourage a vulnerable teenager to take their own lives, and Papyrus (a suicide prevention charity) says it has heard of 30 cases similar to Molly’s.

However, if we’re being objective about this, it is extremely difficult to isolate out all the variables: we simply do not know whether or not Molly (or anyone else) would have committed suicide if suicide related content had been censored.

Then there’s the point that Nick Clegg (now Facebook’s communications director*) seems to be making: people sharing their anxieties online can be a positive thing: there are plenty of people using social media cathartically to talk openly and honestly about their mental health issues.

I certainly don’t think one teenage suicide should be used as an excuse to coerce social media companies into censoring even more content, however that’s probably what will happen. I mean, all you have to do is look at the narrative surrounding this event: it’s chock-full of great characters which really get your emotions going, and in this narrative Facebook is clearly the ‘bad guy’…

Nothing tugs on the establishment’s heart strings quite like a conformist ‘vulnerable and delicate’ middle class girl like Molly (she rode horses and had a part in the school play): she is literally the perfect victim, even better than an abducted child because she’s got a little more agency and future potential.

Then there’s the ‘deep dark unknown’ – the thought of Molly in her bedroom connecting with the darkest elements of strangers’ psyches – unknown faces airing their secret suffering on social media, and the innocent being exposed to this. I’ve no idea how much content she accessed at home, compared to out in society, but this is the image in my head!

And then enter the Evil Corporate with a history of putting profit over social responsibility which brings the victim and the strangers together: Facebook’s profit model basically being to use algorithms to feed people more of the stuff they like in order to keep their attention: potentially driving the poor, vulnerable victim into an ever downward spiral.

Finally add to this the tragedy that her ‘good parents’ are just downstairs while all of this is going on…. It’s the Evil corporation empowering the collective mass of strangers to manipulate their daughter to suicide, in her own home! It’s a fundamental challenge to the ordinary privatised middle-class family, a challenge to aspirational culture (a life ruined), and a challenge to our very social fabric.

NB – A lot of the above is just an image I’ve built up in my head: but that’s the point of a narrative, after all!

Is there a more deep rooted cause of teen suicide?

This is obviously a tragedy for the parents and the friends left behind, but if we’re being rational about this, we simply don’t know what drove Molly to kill herself.

Or maybe the ‘causal truth’ is even less palatable: maybe it was the stress of the aspirational burdens being placed on her and her felt inability to live up to these that drove Molly to commit suicide? Maybe it’s the stress of being a teenager in an insanely stressful society that makes unreasonable demands on its children?

If you’re interested in checking it out, this is something Emile Durkheim theorised about way back in the 19th century: the social causes of suicide. There’s a nice video that explains it here:

*To apply you need an employment track record which clearly demonstrates you have no integrity whatsoever.