I’ve also got around £5K in the bank to subsidise this gap. 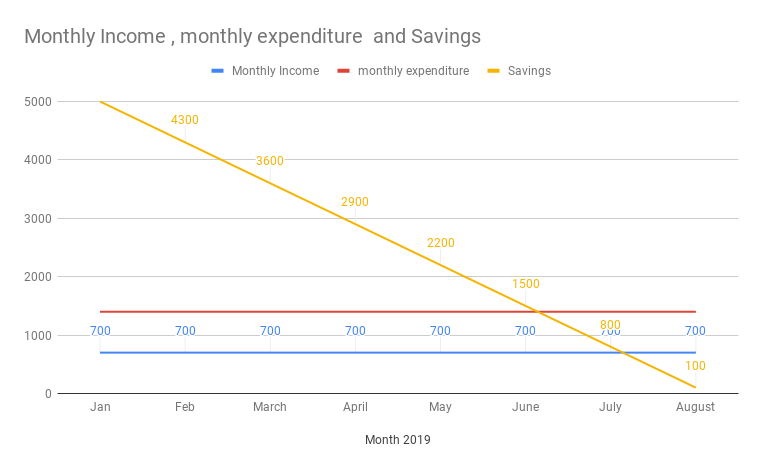 However, this is somewhat sub-optimal in my eyes, and so I’ve just put a plan in place to increase my income by £100 month building up to August, in which case my income-expenditure-savings relationship will look like this: 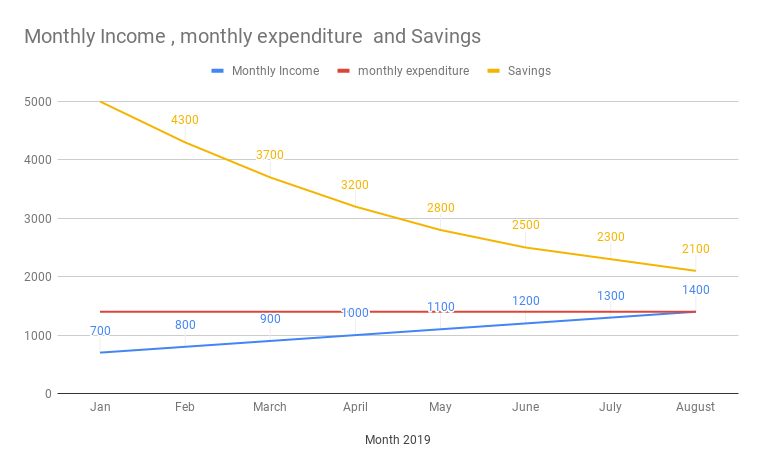 Which gives me a nice £2.1K cash buffer remaining.

Where I go from that point forwards I’m not too bothered about. My mission for 2019 is to gradually increase my passive-ish income so I’m at equilibrium.

When I handed in my notice in March I looked set to be on course for a monthly income of around £1200, and a £200 deficit is next to nothing to supplement from a large savings pot. However, everything but my resources sales income has declined since then, and so I’m left in this situation.

It was always my plan to get something going with selling resources aimed at teachers and then online sociology tuition, rather than just earning money by ‘tossing about on the net’… I guess I’ll just have to up my game with both of these, so…

I imagine my income won’t go up steadily, it will probably spike from around April, when revision season starts, hopefully right after the 6th because that’s a new tax year. I’m not too fussed about earning shed loads before then because my income from work in Spring/ Summer this year means everything I earn up until April is taxed @20 odd %. From April, at least the first £12K or so I earn will fall below the threshold!

*I’ve actually got a lot more than this in investments, but I don’t want to touch those!