I say ‘settled’… somewhat ironically November actually involved almost two straight weeks away, going to a long weekend beerfest in Kent, then back for just whole day before travelling to SteemFest.

Still, it gives me some idea of ‘where I’m at’ for 2019: I imagine most months are going to look fairly similar as I hunker down and try and get my damned mortgage paid asap, ideally within 5 rather than ten years.

I think, the maths don’t quite look right there, but somewhere around there! 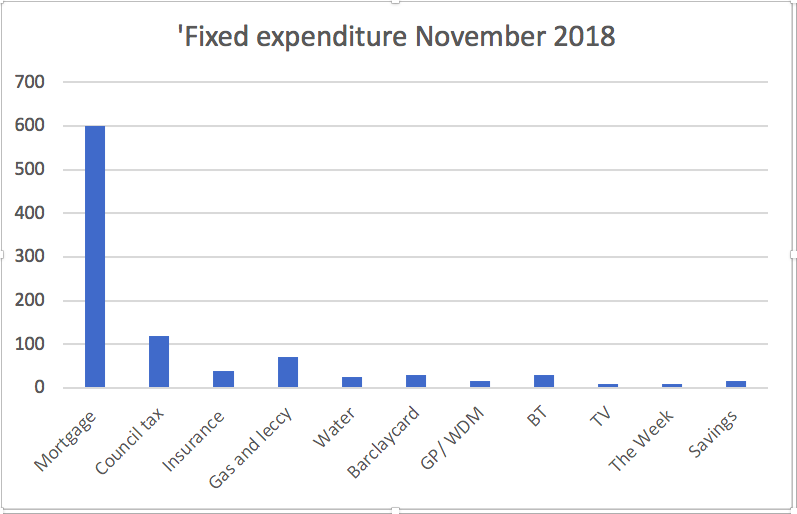 This is the expenditure I can do very little about… it is what it is! My mortgage payments are down £400 compared to my last flat, and there’s no evil £200 a month service charge (after heating costs), and no NUT sub either, although I’ve added on a £30 month repayment to Barclaycard – they had an interest free for 18 months deal recently, so I took advantage of it! Overall, £600 less than it used to be! 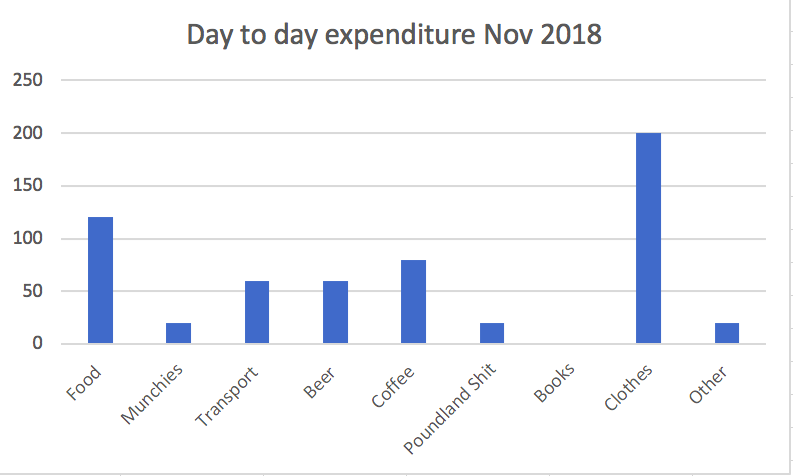 Quite pleased with November, I fully expect December will be much lighter on my wallet, and January, Feb and so on.

I did actually buy quite a lot more stuff, but I’ve included this in my ‘transitional/ liminal fund’.

I’d paid for SF in advance, so I didn’t include it here.

I don’t usually spend that much on clothes, but I really NEEDED some jackets.

November Income and my income deficit!

OK so I’ve got a massive income deficit ATM. However, I realised a few days ago that the display ads option on WP had turned itself off when I upgraded (I WILL be having words about this at some point), so hopefully this will go back up to £500 by January.

I’ve got £5700 floating around various accounts as a buffer, so IF I get my ad revenue back, and I have to ‘sub’ £500 a month from savings, I could potentially last around another 8 months: I need £1500 in the accounts to ping back and forth, to avoid fees and get the best interest deals, so it’s really only £4K I’ve got as a sub.

I’ve got a lot more than this invested, so I could ‘draw down’… the £4K is just ‘written off money’ – it’s going to get spent!

TBH, revision season kicks in from April, so I should be flush for that, then exam marking, and so IF i need to increase my income, I’ve got until Sept/ October to figure out some funky kind of online tuition thang.

I’ve written off steemit as an earnings source for the next few months. 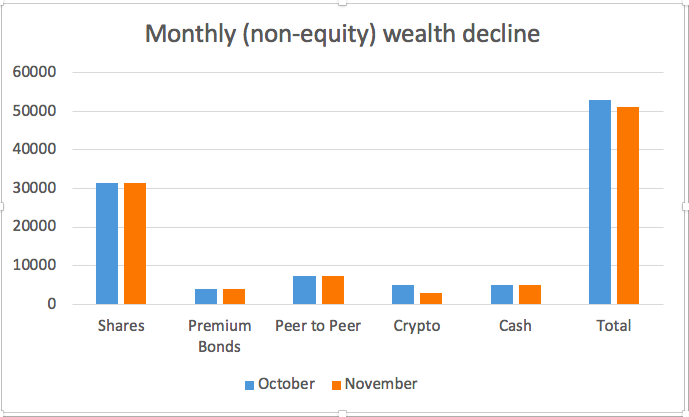 This is a £950 decline since October, due to the decline in crypto prices, offset my small gains elsewhere.

NB – I might have to make a slight correction downwards in December, I can’t actually find my access code for one of my accounts, so I guessed the amount.

No need to panic, yet, but I will need to increase my income for September 2019 if I don’t want my wealth to be eaten into to meet the costs of just living.

If you’re my mortgage company, this post is completely hypothetical and written purely for educational purposes.