Our phones can do amazing things… they’ve brought us together, and put the world at our fingertips, but we are utterly consumed by them and by the pull of the social media apps we run on them.

Almost a third of the world’s population has now signed up to Facebook, almost more than subscribe to the world’s religions.

At the F8 developer’s conference, Mark Zuckerberg claimed that Facebook was idealistic and aims to do good things by connecting people. However, a recent charge being leveled at tech companies is that they’ve deliberately used technology from the start to get us hooked, and there’s lots of evidence from insiders to support this view:

Sandy Parakilas (platforms operations manager at Facebook 2011-12) claims that Facebook’s business model has been and still is to get you as engaged as possible, to suck as much time out of your life as possible, and then sell that attention to advertisers.

Aza Raskin (Co-Founder of the Center for Humane Technology) points out that in order for the stock value of tech companies to increase, they need to show that the amount of time people spend on their apps is trending upwards, and having more engaged users is crucial to this.

Sean Parker, the founding president of Facebook, speaking at the AXIOS conference in November 2107, even admitted that this was the rationale of Facebook – going so far as to say that they needed to reward users with little hits of dopamine via likes to keep them coming back for more. 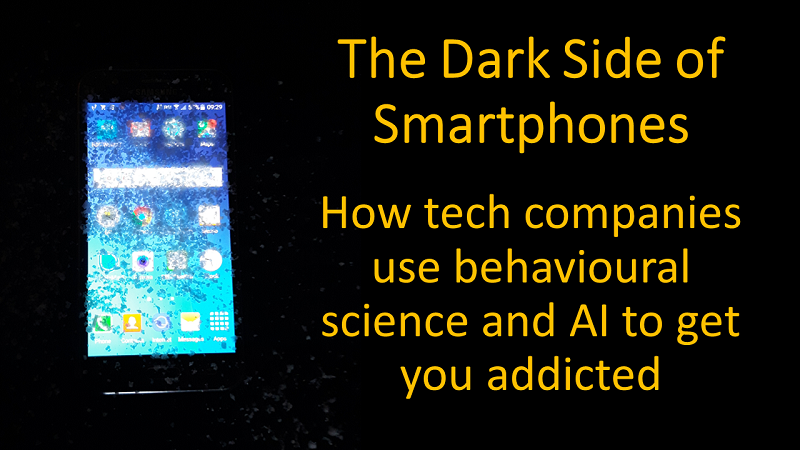 Working in the background of Smart Phones and the social media apps running on them is something of a dystopian fusion of behavioural science and Artificial Intelligence. Literally thousands of engineers are being employed, as we speak, employing the lessons of behavioural science, to develop features of phones and apps to deliberately make them more addictive: to make us keep coming back for more.

Below I’m just going to focus on three basic techniques which tech companies use to make their products more addictive:

Ramsay Brown, co-founder of business minds is very open about how his company deliberately develops features within apps to rewire people’s brains in a way that makes them use the apps more.

His software is called Skinner, named after leading behavioural psychologist B.F Skinner, whose famous (infamous>?) ‘pecking experiment’ with pigeons revealed that when you give pigeons unpredictable rewards for pecking, they peck more than when they get a guaranteed reward every time they peck.

Ramsay Brown’s company has applied this behavioural science via AI to various tracking apps. So if you have a pedometer for example, every now and then when you reach a goal, the app applauds you and releases confetti. Not for every goal, just occasionally, and unpredictably, because occasional and unpredictable rewards keep you coming back for more! My own smartphone pedometer does this!

NB this is precisely the way that the like button works with Facebook etc: because you don’t know how many likes you’re going to get when you post something! So when you check back, you might have 100 likes and a nice dopamine hit, or you might have none and a sense of bitter disappointment. This could explain why teenagers check their phones 90 times a day on average, and also why so many of them are so miserable! 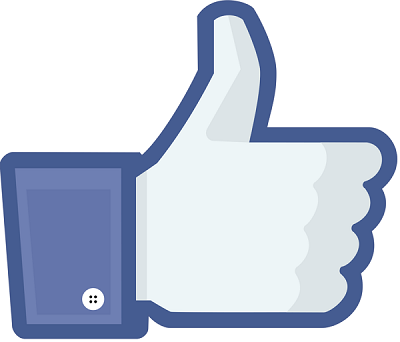 The eradication of ‘stop cues’

The social media/ tech equivalent of this is the endless scroll on your Smart Phone…. Combined with clicks to the next endlessly scrolling page, there are no cues to tell you when to stop, so the chances are you will use the phone for longer periods.

Your smart phone experience just becomes one of endlessly scrolling….clicking… scrolling… clicking, looking for that next little hit of dopamine… 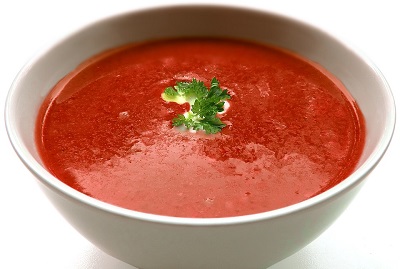 Basic aesthetics: the use of colour, shapes, tones….

You’ll have noticed (fittingly) that your default notification indicator on facebook etc. is RED. The colour red is well known across the tech industry as a colour which gets people more engaged. It’s a trigger colour which signifies importance or danger, which makes it more likely that we’ll check an update if we’re alerted in red, no matter whether it’s just our gran letting us know that she’s fed the cat and all’s well, or a text indicating the start of WW3.

HOWEVER, this is really just the most visible tip of the iceberg when it comes to the design techniques are deliberately used to addict people. Social media companies also track vast amounts of data about our every swipe, tap or click and analyse it real time. AI uses it to adapt what we see on our screens to keep us coming back. This might mean subtly changing the shape or colour tone of your like button in order to maximize the time you spend scrolling. 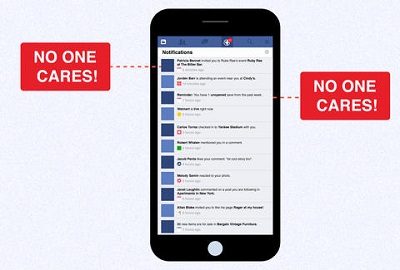 What you need to remember, as Aza Rasking puts it, is that ‘behind every screen on your phone there a thousand of engineers trying to make the experience maximally addictive, sprinkling behavioural cocaine over your interface’.

There do seem to be many negatives to Smart Phone/ Social Media use:

Research by Professor Nancy Cheever has revealed that we suffer from cortisol spikes every time we here our phone go off, which for most of us is several times a day. We don’t necessarily experience this consciously, but the stress and anxiety are there nonetheless.

Then there’s the problem of NOT receiving the self validation we hope for when we check ‘how many likes’ we’ve had and find that we don’t have as many as we’d hoped. Seeking validation through Facebook etc. is a precarious way of bolstering our self-esteem, and it can lead to us just checking our phones more and more.

Then there are the parallels between smart phone design and Casino design…. the unexpected rewards and the ‘juice’ of the experience: the flashing lights, bright colours and pings – which suggests that our phones could be activating our dopamine system in the same way slot machines do. And if this is the case, they could be addictive in similar way.

I don’t think smart phones are going anywhere, given that they are so essential for work and play in post modern society. However, I also think people need to start talking more about the negative effects of ‘smart phone use as usual’ and take steps to get back in control of their devices and social media usage, rather than being nudged into certain behaviours by the techies in the background.

BBC – The Dark Side of Smartphones