I mostly post to steem from WordPress via @steempress, and have finally gotton around to creating a not so little steem onboarding footer to try and drive more people to sign up with steem.

I plan to simply cut and paste what’s below (without the ‘onboarding’ heading) and add it to the bottom of every WordPress Post I do from now on.

NB I’m aware it’s very long winded, so I’ll probably do a much shorter version at some point, and maybe use this (probably modified again) as a ‘link to’ post. My feeling is that I need something closer to 50-100 words as a footer for most posts, and then something like this to link to for ‘further information’ along with the sign up page.

And of course what’s below might not even be necessary once @coruscate and @anomadsoul get the whole onboarding thang rolling… I should just be able link to their video material, but that’s a month or more away at least, and this has been on my to do list since summer!

Anyway, let me know what you think, and if you want to use it on yer own WP posts, I’ve put in on GitHub, where it also has the honour of being my first GH post!

Anyone know how I can stop getting Cheatha’d if I’m posting repeat material to steem? Do I have to hit @anyx up and put in a special request maybe? 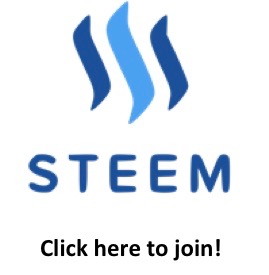 This post is also being published to the steem network, which pays you in cryptocurrency (steem) for blogging, vlogging, commenting on, and even just upvoting other people’s content.

Even though steem only went live in 2016, it has already evolved into a thriving and diverse, decentralised network, and there are a number of ways you can start earning from your content on steem:

In addition to these well known social media formats, there are a number of other innovative applications being built on the steem network, and you can currently earn ‘steem’ by doing any or all of the following on the platform: The steem network is barely 3 years old. It has the potential to be the next Facebook, Instagram, DTube, Amazon, Twitter and Udemy all on one blockchain. This means that on top of all of the reasons for joining given above, there is also huge potential for growth in the value of the steem cryptocurrency token.

To find out more about steem, you should visit steem’s homepage – where you’ll find a link to open up a new account.

Alternatively if you can’t be fussed to click two links, then this link will take you straight to the steemit new users sign up page.