Steemfest 3 brought together an impressively diverse array of people – of many nationalities, ethnicities, ages and genders, but there was one way in which we weren’t particularly diverse: the level of intelligence. There were a lot of freakishly intelligent people at SF3, and then there were the rest of us, who were just very intelligent.

As a sociologist, I specialize in pointing out the bloody obvious: the kind of stuff that’s so obvious, most people don’t even notice, and my ‘bloody obvious’ observation about SF3 is this: the level of intelligence was extremely high. If you were there you may not have noticed this because you would have just spent five days talking to people on your level.

NB – I’m fully expecting a few comments about this observation being inaccurate because (‘actually’) there were ‘plenty of diverse forms of intelligence’ present at SF3 (true!) and questions about how I define and measure intelligence, so just to address both of those – I am using the term very broadly, and this is just an intuitive feeling I’ve got, rather than anything I’ve measured.

By ‘intelligence’ I loosely mean the capacity for critical inquiry (e.g. questioning everything about ‘normality’), analytical reasoning (e.g. problem solving) and innovation (e.g. developing new tools/ adopting alternative ways of life to reach one’s goals). Anyway, however you define it, you know when you see it.

NB – asking questions about how you define a key word in a post/ essay is itself a sign of analytical intelligence, so this supports my point anyway! 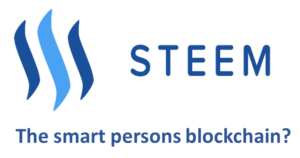 I know I have a very high degree of analytic intelligence – I passed my 11+ (basically an IQ test) and got into a grammar school (top 20%) in Kent, then got into the top sets for everything and nailed my GCSEs when I was 16, all without any parental assistance or private tuition. Then I fucked up my A-levels because I couldn’t see the point of two of them (English and Economics), recovered, did a degree, master’s degree and went on to start, and then abandon (for financial reasons) a PhD – this puts me in at least the top 1% for intelligence as measured by the narrow standards of qualifications. 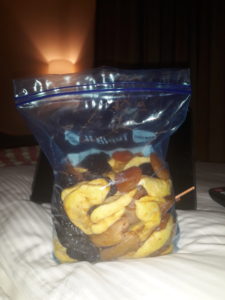 After all that, I am extremely well-read, and have an above average critical capacity…. And at SF3 I’d say I was among peers most of the time. Near enough every single person I spoke to (and many of them in their second language) could follow my intellectual ramblings, they ‘got me’, I didn’t have to ‘dumb down’ like I’m so often used to doing!

But more than that, there was an enormous breadth of ‘intelligence’ on display – so many nomads and minimalists who had abandoned ‘ordinary life’, which is IMO just nuts, and so many creatives and app developers establishing innovative businesses: all intelligently rejecting ‘ordinary life’ for a ‘life on the chain’.

Then there are those freakishly intelligent people who do all the heavy deep-end development…. Coding on the blockchain – NB I don’t know anything about coding, but I do know the ability to work with it requires an extremely high level of mathematical intelligence – and in my general experience, if you’re mathematically intelligent you can typically turn your hand to anything else… I lived with a physics PHD once and got to know his mates…. All lovely people, and they generally enjoyed discussing sociological and philosophical issues with me…. But I always got the impression this was a sort of ‘hobby’ for them… an intellectual pass-time, a break away from the heavy business of maths and physics, … and I got the same impression from conversations with some of the more ‘deep-end’ developers at SF3. (Although I never felt any sense of condescending in either case, terrible grammar!)

Intelligence: the hidden variable which explains both the success of SF3 and why steem isn’t attracting more users?

It’s unusual to be amidst 300 people and be able to walk up to pretty much anyone and have a decent, intelligent conversation with them, and I can at least say this about pretty much everyone I met at SF3, even if we didn’t quite ‘click’ in terms of personality.

And the vast majority of SF3 posts, and commentary in @pennsif’s after party mentioned ‘the people’ and ‘the community’ as being the highlight SF3 – which is basically true! And to my mind the ‘most obvious invisible variable’ which explains why this is true, and why the event was such a success is a combination of everyone being on a level in terms of intelligence.

Yes I know that we were all at SF3 because either steem has liberated us, or we believe in the potential of steem to improve our lives further and even to transform the world, but to see this I think takes a certain level of analytical, creative and/ or innovative intelligence (NB I’ve switched to free write mode temporarily, so these are all very loose terms!).

The (rather laboured) point I’m trying to make is that it isn’t just ‘the blockchain’ that brought us together, it’s the chain plus the fact that we’re all intelligent enough to see how sub-optimal ‘mainstream’ ways of working and connecting are, especially where social media platforms such as Facebook are concerned.

I’m also hesitantly say that a high level of intelligence is required to make something work when there is also a lot of diversity and even difference of opinion, which I know there is on the blockchain…. working out differences in a civilised manner is just something smart people do, rather than resorting to (fucking) Brexits or genocides.

It might be that other variables explain why SF3 was such a success… it could simply be the fact that we were a bunch of people with a higher drive to express ourselves in some way and ‘create something’ – whether through blogs/ vlogs/ art or code. Then again, doesn’t it require a certain level of intelligence to be able to independently create such things?

Steem clearly appeals to smart people, but what about the herd?

I know I’m smart, but it’s taken me a good year to really get to grips with ‘how steem works’: I’ve only just about got to the point where I can read posts like these recents from @tarazkp (here) or @meno (here) about ‘how to improve steem’ and just ‘get’ what they’re on about instantly. However, I still must concentrate when reading such things, and frequently the comments (by smarter people!?) bring in factors I’d never considered.

I actually enjoy this process of thinking through the causes of and potential solutions to issues of reward distribution and how to expand steem, and I think that most people on steem like to have at least a minimal idea of the ‘house rules’… but said rules, and the capacity for and potential consequences of changing them do require you to ‘hurt your brain’ every now and again…. And that is maybe something that ‘the herd’ (following Nietzsche – that part of the population which don’t really question anything) just don’t want to do… all they want is a platform that works at the click of a few buttons…. And they don’t get that with steem yet.

It’s probably excessive to write a paragraph outlining just how complex steem is, but I’m going to anyway….. open an account, open a bittrex account, buy BTC, buy steem, power the account up (WTF?), look at the trending pages, notice you get paid in SBDs and SP, and what’s the difference between those and steem exactly? Stumble across steemdb….. notice Mvest aren’t the same as SP, neither is your real reputation, realise reputation is meaningless, stumble across some the dapps, delegate…. Read the white paper, puzzle over the ‘crab bucket’, realise that’s out of date… I mean I could go on!

I just don’t think most people are interested in all of this, mainly because it takes a certain level of analytical intelligence for it to be appealing!

Dapps to the rescue?

At this moment in time it still feels like steem is home to freakishly intelligent people who are enjoying the intellectual challenging of blogging etc. on a blockchain: I think most people enjoy all of the above complexities, HOWEVER, the herd isn’t interested: all they want is a platform that allows them to post, game, buy something, and maybe earn a few tokens, they are simply not interested in the fact that it’s a blockchain with X amounts of blocks per minute, and Y inflation rate, and this or that algorithm which determines pay-out – Nah, they just want something that works. 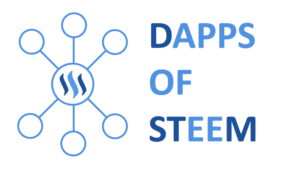 Maybe some of the dapps like @steemmonsters and @actifit and @steemhunt will lead us towards herd adoption – because these apps do just allow people to play games or upload runs or hunts without subjecting them to the background complexities of the blockchain, which up until this point have seemed a bit more in your face, with steemit at least… the same is possibly true of @busy and @partiko of course, they are just much more ‘friendly front ends’ compared to steemit.

And part of the joy of being at SF3 is that all the developers in attendance clearly knew this: they know the importance of keeping the smarts in the background and creating seamless front ends that people can just use.

A final few thoughts on the tragic nature of future mass adoption….

I think there is almost something tragic about our shared moon-goal: we require more users to be using more apps on the chain (if we want to get richer), but this will undoubtedly change the character of steem. It just won’t quite be the same if it 100*s – it’ll lose it’s current radical edge. And imagine a SF4 with 3000 people rather than 300: a measure of success for sure, but it would be completely different in character to SF3.

And that’s something of a tragic irony: I liked hanging out with smart people for five days, I liked the ‘just right’ scale of the event, but the only way it’s ever going to happen again in the same format is if steem spends the next year going nowhere, and I don’t think we want that do we?!

So maybe pause and just revel in the nostalgia of SF3, because hopefully, nothing quite like it will ever happen again. 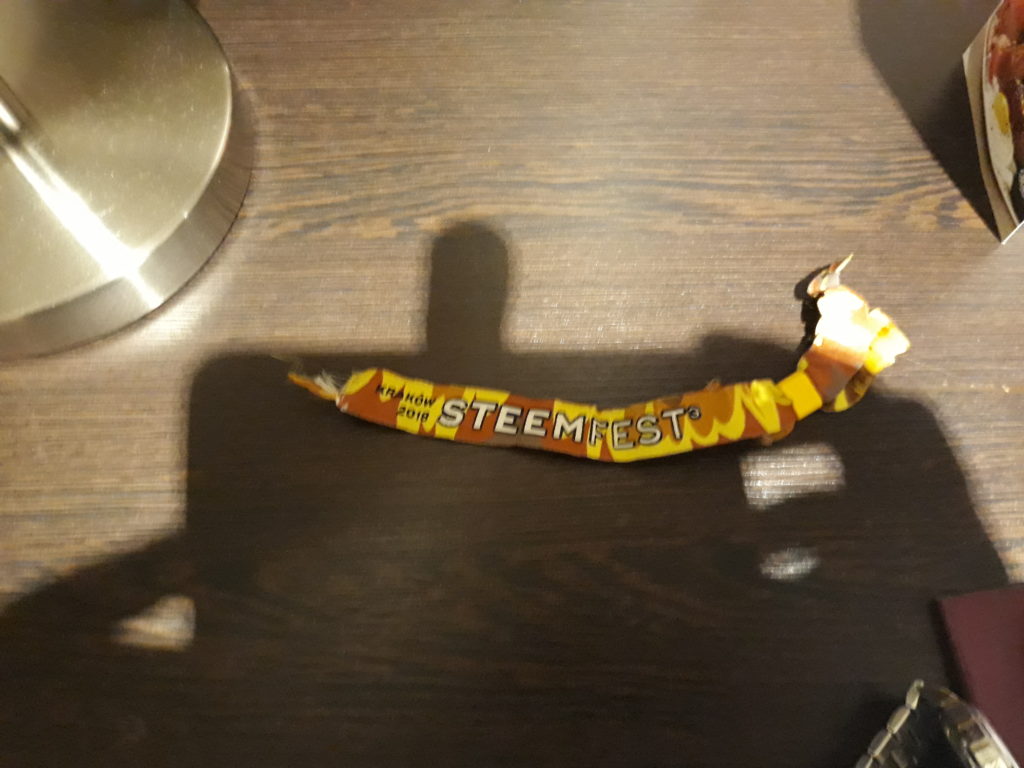