I woke up this morning to snow… such a pretty scene: 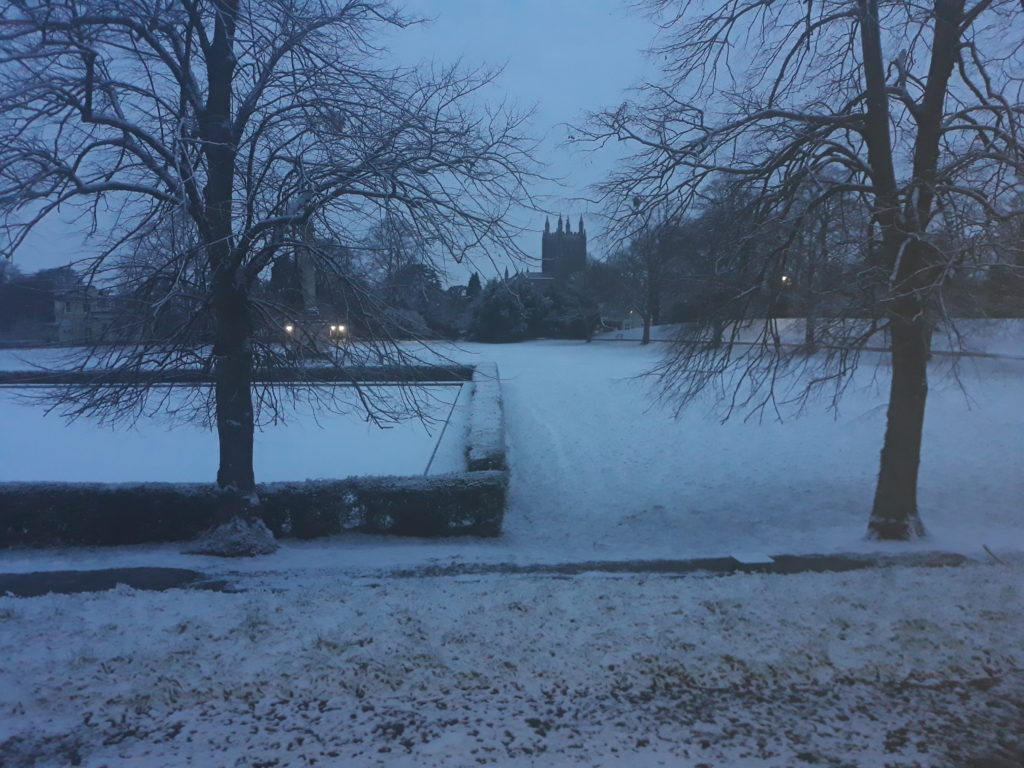 I did make just a tiny little detour from my usual coffee-route into town to get the shot, but honestly: this morning was just so picturesque.

I couldn’t resist texting the picture to a friend of mine who I left behind in my last place of work. It may sound cruel, but I’m trying to nudge him to get out asap!

His reply…. a little snow in Surrey, but no where near enough to close schools and colleges, just enough to delay opening until 10.00 a.m.,,, 25 minutes before lessons start on a Friday in my old college.

Man it took me back to that horrid feeling I used to get every time snow was forecast, typically in January or February… looking at the hourly updates on my weather app… hoping to see the magic ‘two drops’ of snow symbol…. and it never moving beyond one drop.

And then waking up and opening the curtains at 6.00 a.m. to see basically what I saw this morning – and the utterly crushing realisation that you’re not going to get a snow day, but you’ve got to get your ass into college…. and it’s going to be icy en-route, and there’s just enough snow to make the kids that bit more excitable, just enough weather adversity to make the day even more punishing than usual.

Snow days are just the best thing as a teacher…. I remember the few I had… there is NOTHING like a legitimate day off… even watching Homes Under the Hammer is enjoyable, and you get time to catch up on the never ending amount of work and to go down the pub!

But as a teacher, an evening and a day of teasing snow turns the hope of one the best days of the year into a crushingly punishing day back at college as usual, but worse than usual because of that forlorn memory of what might have been.

But this morning and today, as just a regular guy no longer in the teaching game, well, it just snowed, it was pretty this morning, it was just a day of weather!

And here’s how things looked by 14.00: from a beautiful blanket of snow to one ball of snow, or maybe a failed attempt at a snow man, hard to tell. 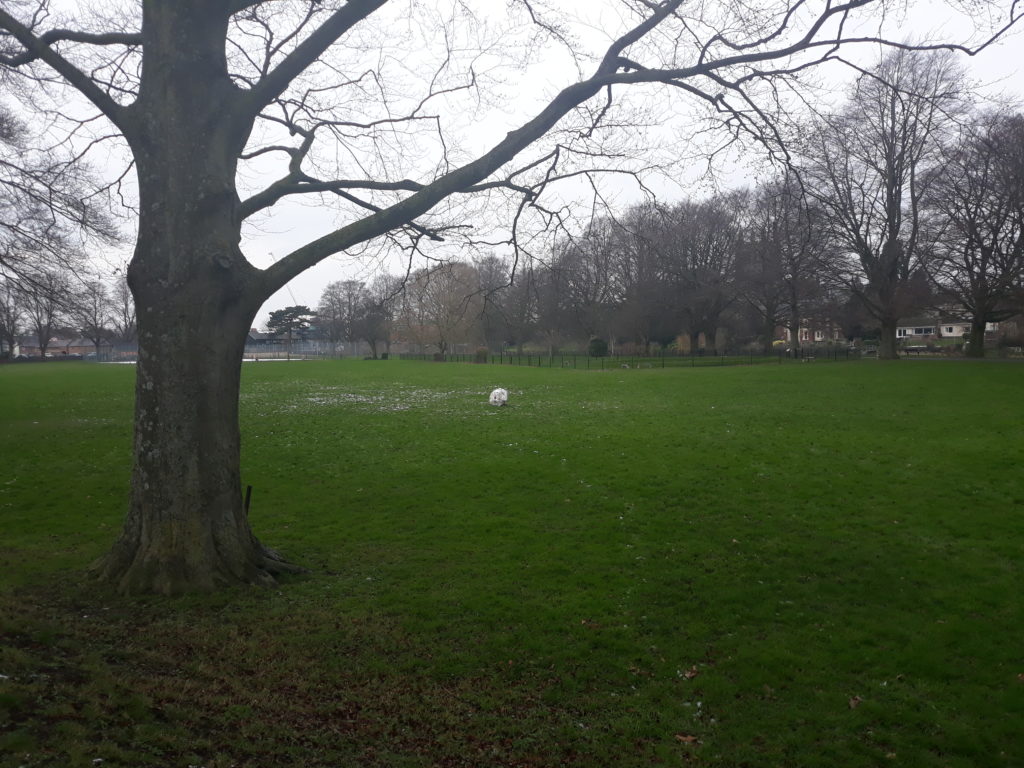 Today, that’s just a sad picture, this time last year that would have also been a massive kick in the teeth.

I’ll take a day of just light snow over a teacher’s forlorn hope of a snow day, any year!